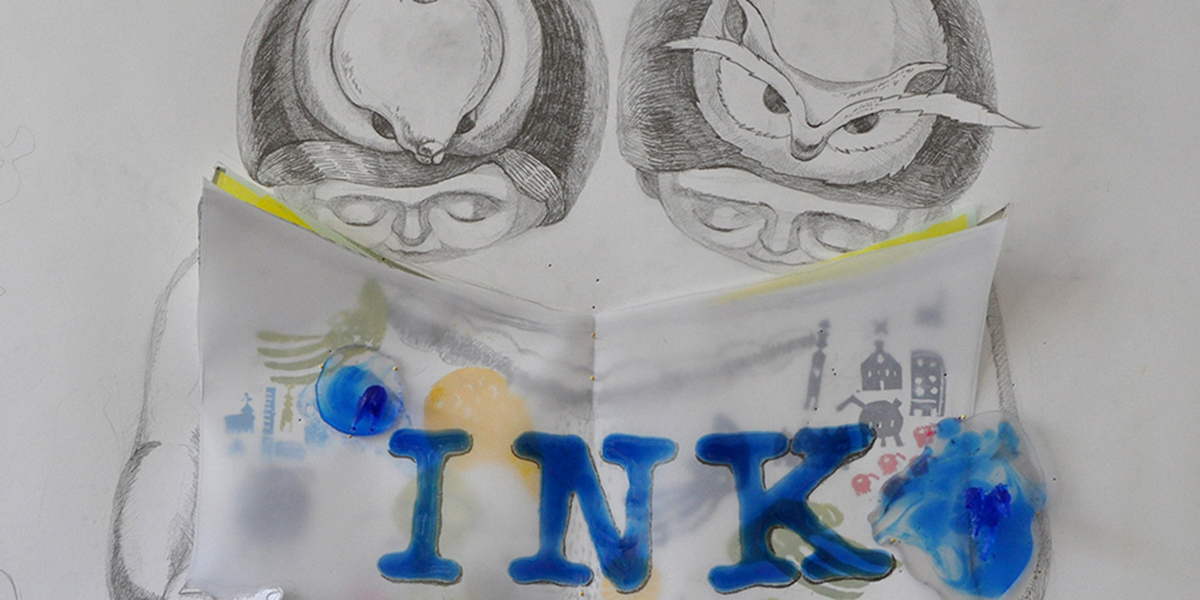 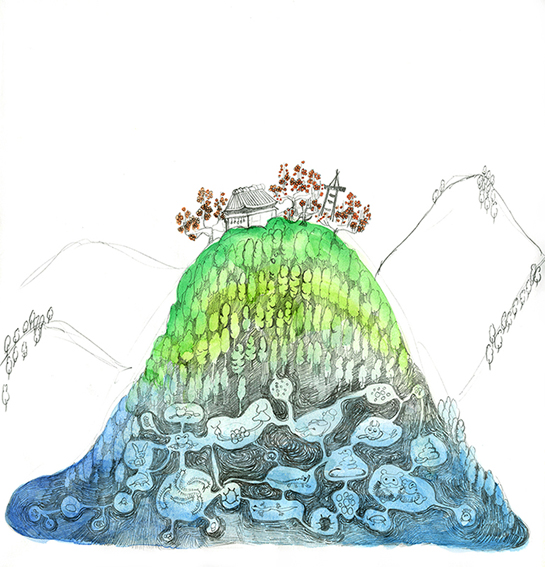 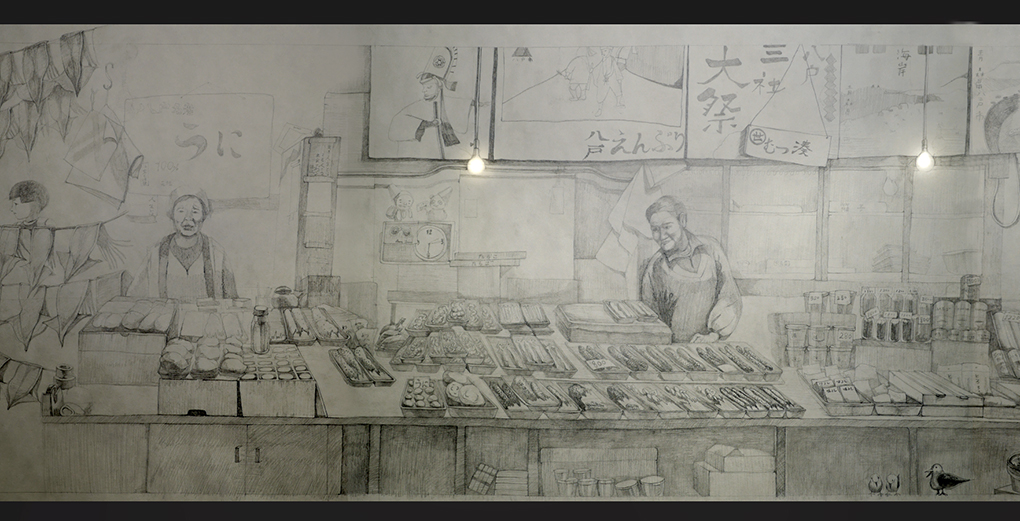 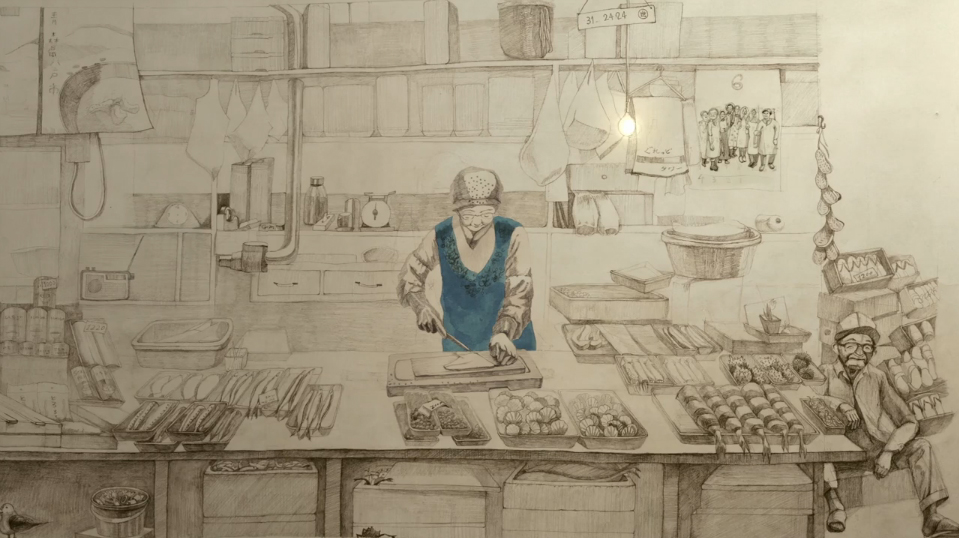 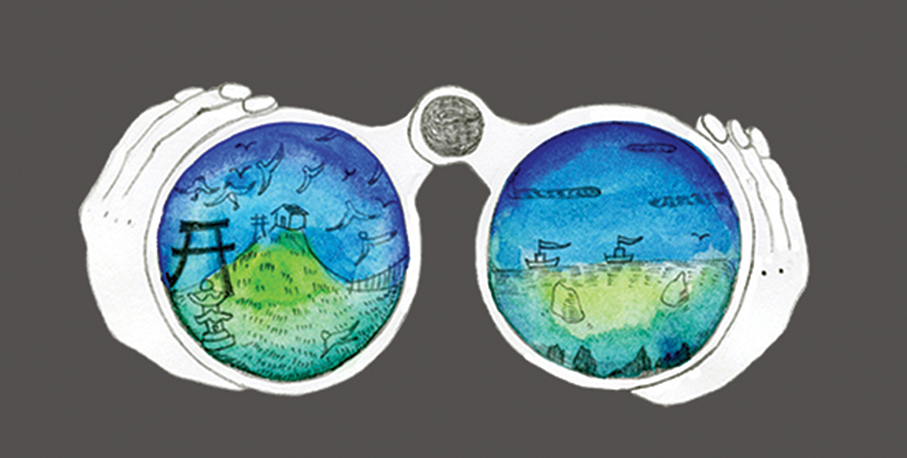 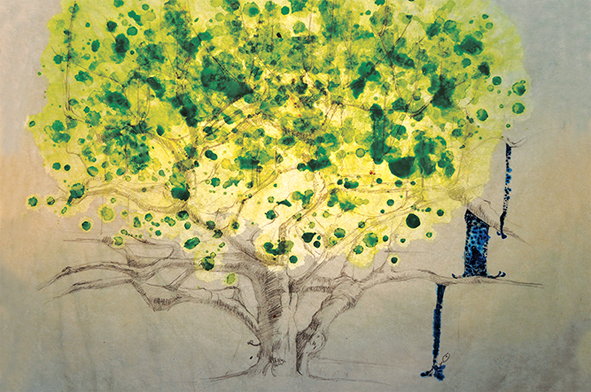 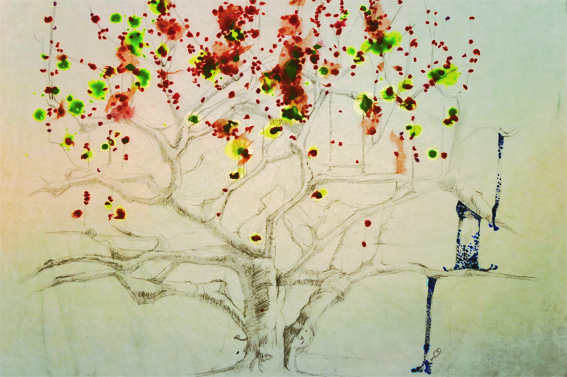 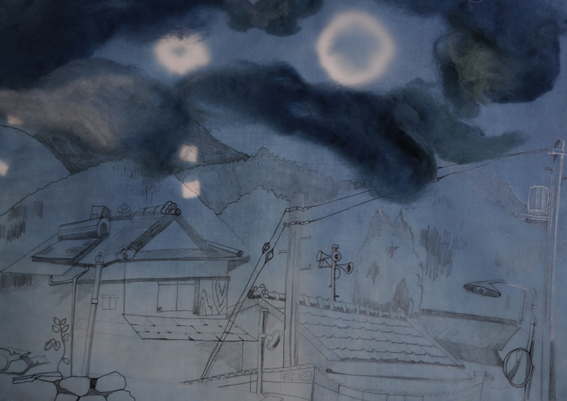 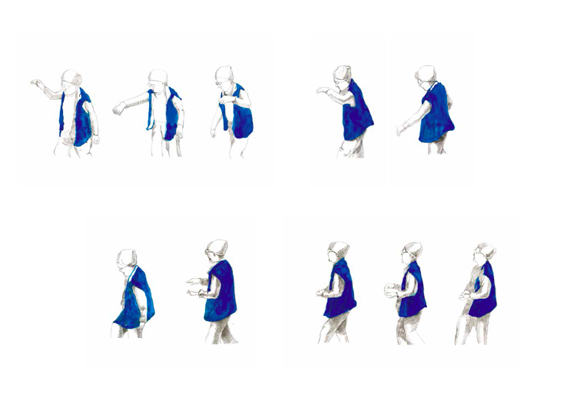 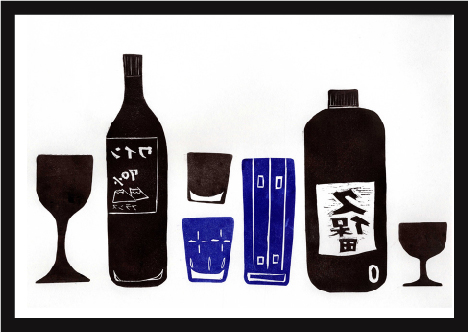 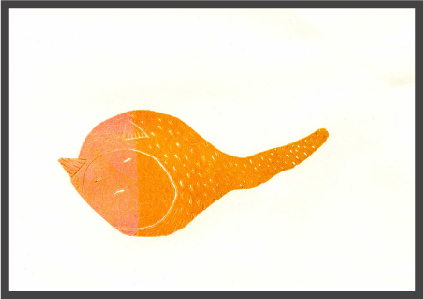 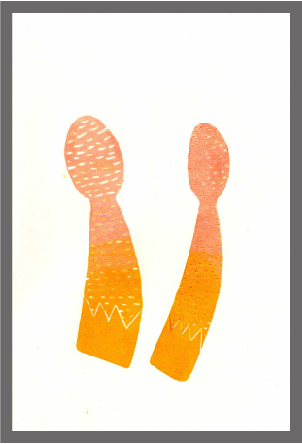 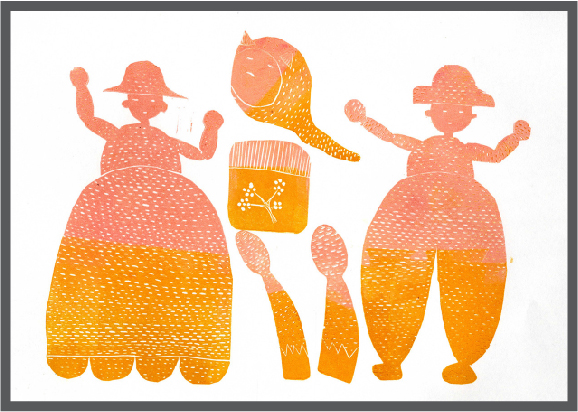 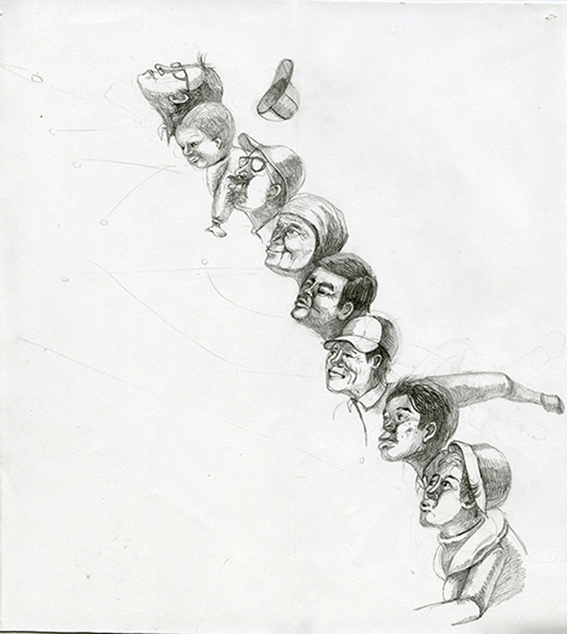 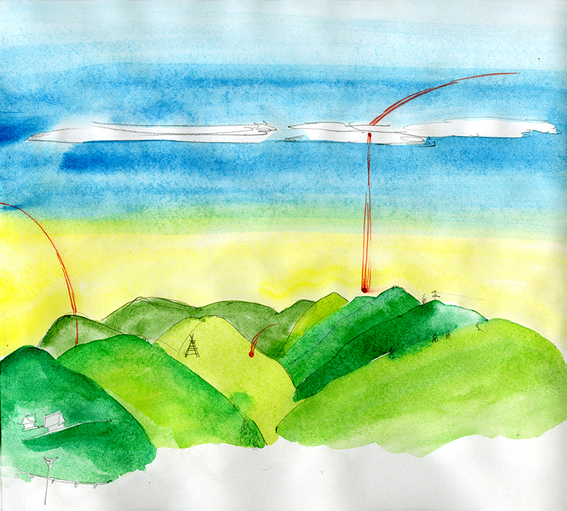 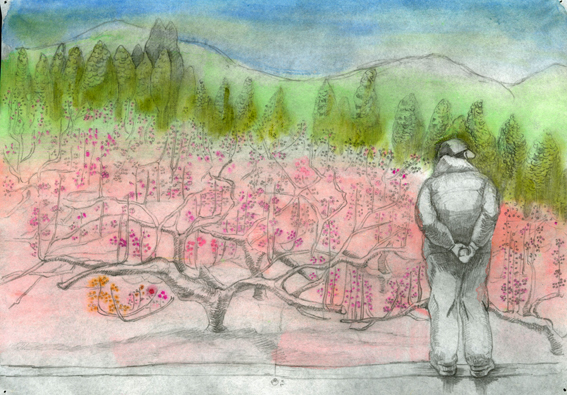 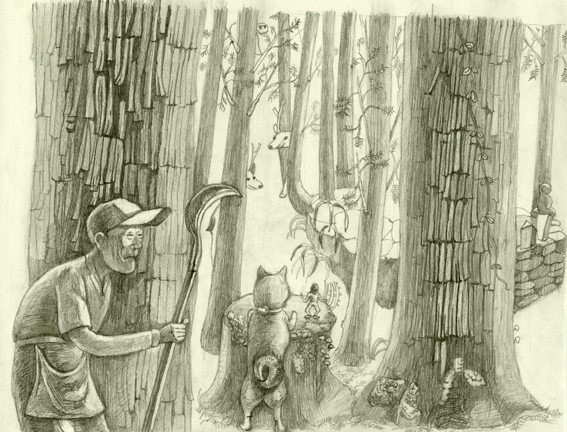 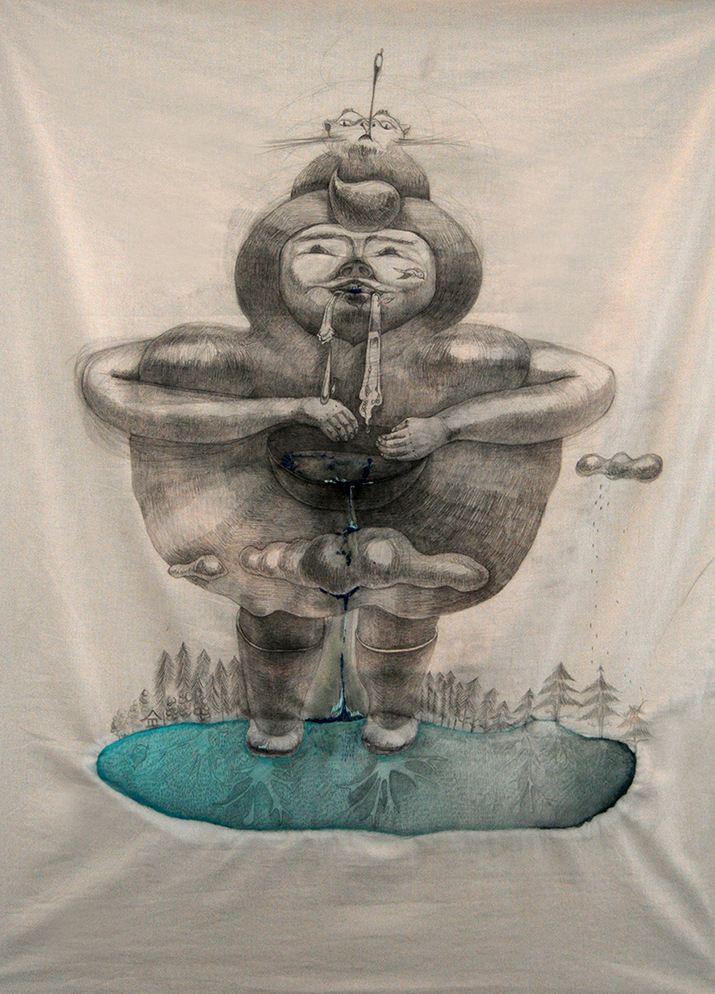 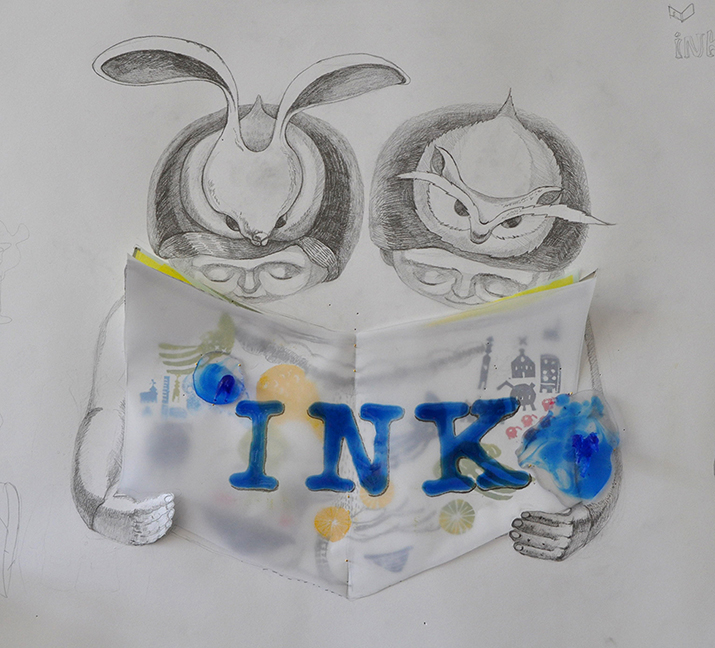 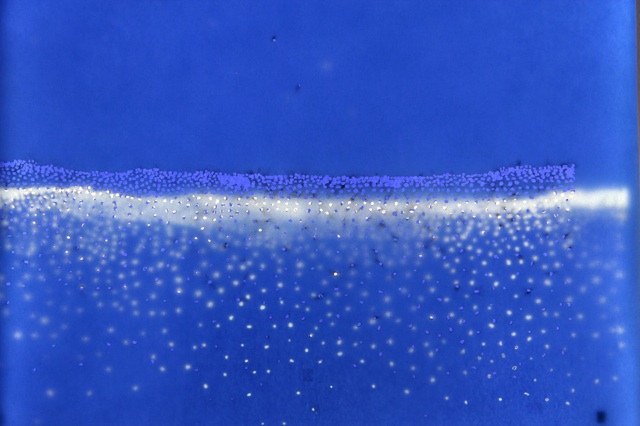 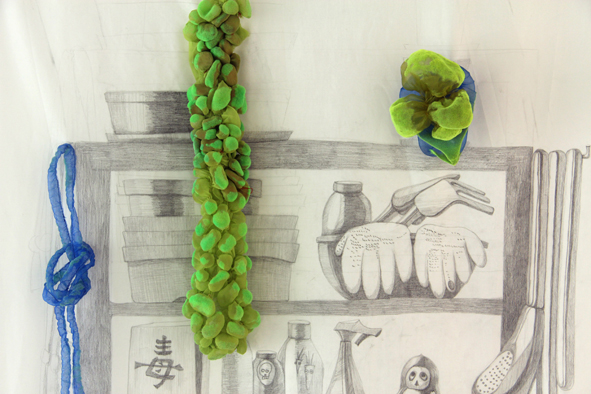 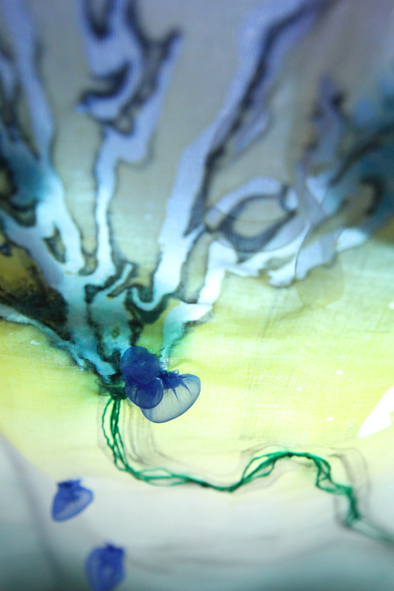 Sayaka Abe’s work starts with a question about people who she has encountered. She examines different stories like a painful situation somewhere in someone’s life; someone being lonely by growing old; or someone losing its senses by city life. Stories that unfold or become uncovered through Abe’s own experiences and the communication that she shares with people around her. She transforms these experiences into 3D drawings and intimate spaces. She uses life-sized drawings in order to provide people, herself included, a way to reflect on themselves through the works. This is Abe’s first solo 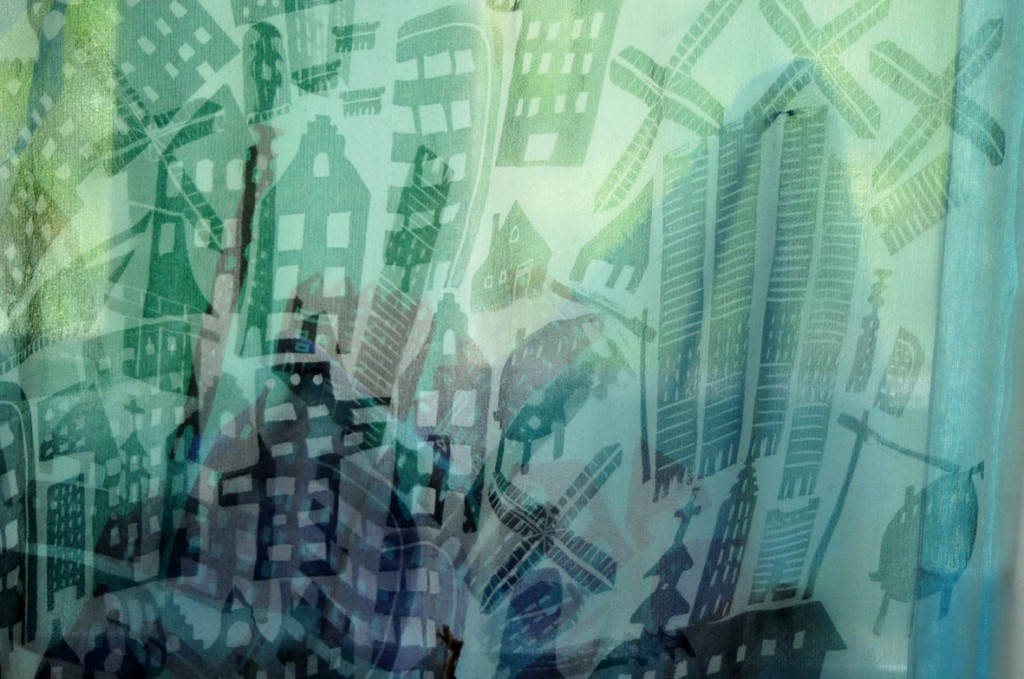 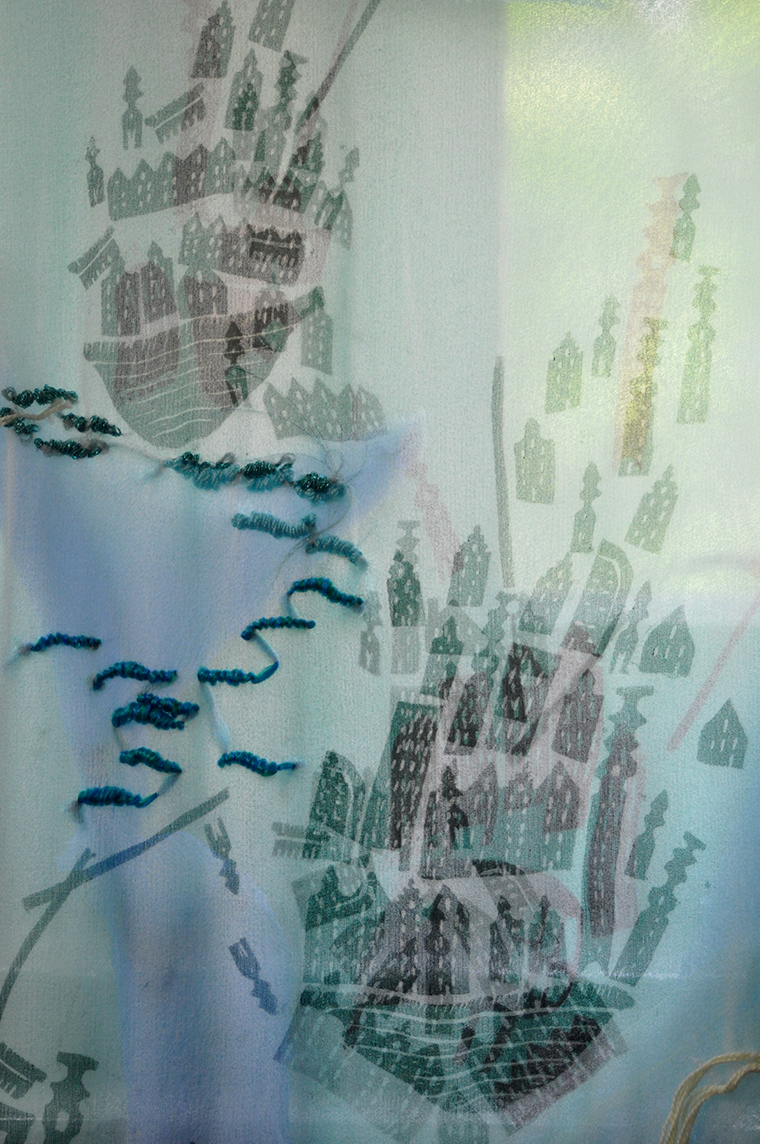 The imaginary mountain and fighting with water

The Shan shui image based on the Dutch mountains and water. Shan shui paintings are a style of traditional Chinese ink painting. They have specific motifs of ‘Mountains’ and ‘Water’ as sacred elements. The water represents purity and the mountain the highest place one could ever reach. The paintings use a similar technique as calligraphy and are done with a brush dipped in black or colored ink. As with calligraphy, the most popular materials on which they’re painted are rice paper and silk. Shan shui paintings first arose to prominence during the 5th century. Abe sees that they have a sense of utopia in them.  It could be a form of idealistic city planning

What could be a Dutch ‘sacred landscape’ in Shan shui painting? The Dutch don’t have mountains even if they never wished for them. Instead of naturally existing features, the Dutch often create their own surroundings. Usually the mountain is the tallest thing you can see in nature but in the Netherlands the highest things are their buildings. She sees the buildings as being the Dutch mountains. Abe believes that the Dutch sacred place is ideological, as seen through the regulated Dutch city planning. Abe explores the tyranny of water in the context of the Dutch sub-sea level terrain.

Abe wants the painting to be a reflection of the impact of her own situation of growing up in a country of mountains – Japan, while living where there are no mountains, even lower than the sea, in The Netherlands.

To enhance the perspective, similar to that which the images in Shan shui paintings have, she printed curved lino-blocks on three separate layers of chiffon. The prints refer to Dutch architecture piled into boats like towering islands/mountains which look at mans relationship to nature. 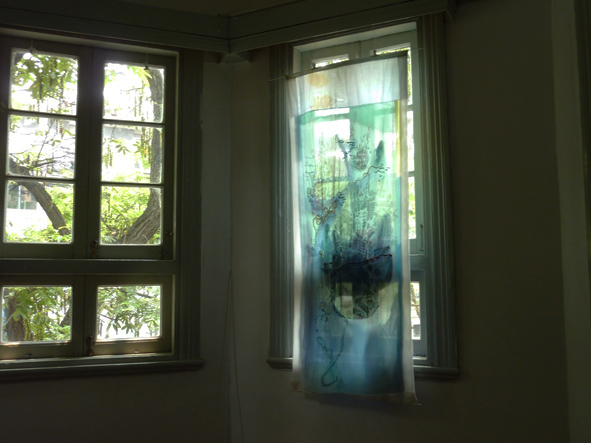