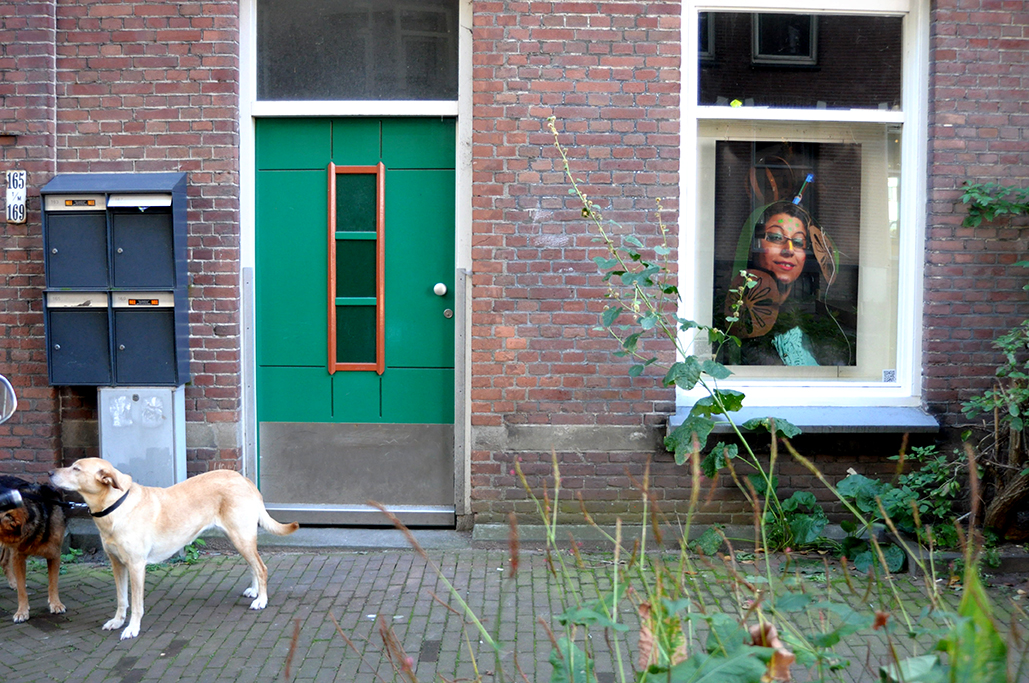 The origin of Japanese artist Sayaka Abe studied at the Sandberg Institute. For the exhibition in the windows in the Zeeheldenbuurt she worked with women from the international women’s group from nearby room Parlarie. Every woman made a wearable sculpture for one of the other participants, inspired by an object or thing that has a special meaning for them.
Thus arose surprising pieces that are a cross between masks, headdresses and makeup.
Photographer Manus Sweeney was ready to photograph the results against a dark background. Because of the pronounced light / dark operation resemble the pictures on 17th century old Dutch paintings. 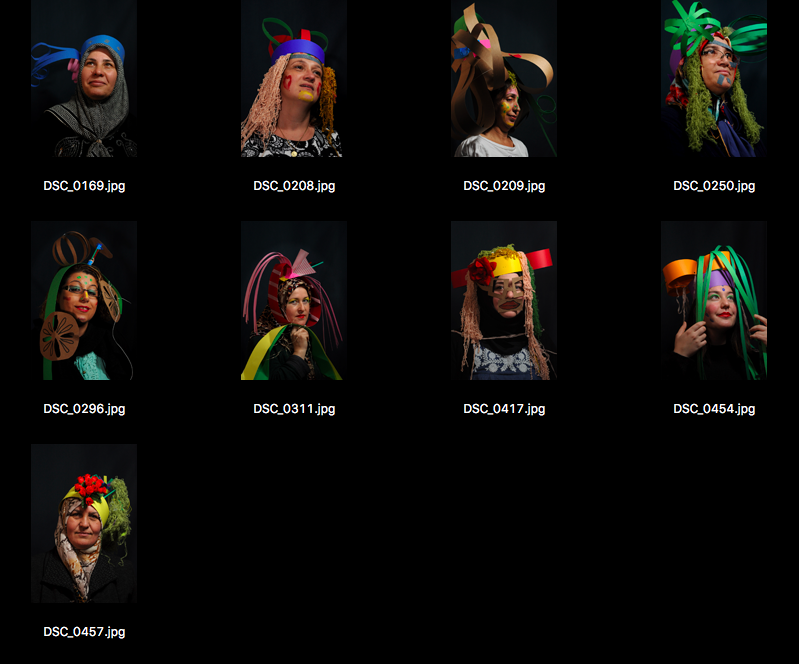 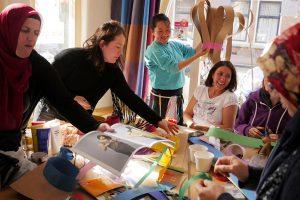